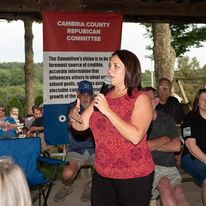 The healthcare industry across the nation almost crumbled when once again mandates put many at risk of losing their jobs. Doctors, Nurses, aids, and all healthcare workers continued to work tirelessly through the pandemic and then were treated poorly when the government tried to force an mandate that all healthcare workers take the vaccine. Some spoke out against this and those who  did were silenced. Since when did having a different opinion mean that you are wrong or shouldn’t even have a right to speak your mind. I helped to organize demonstrations to promote awareness to the public….to let them know, that if even a fraction of the healthcare workers are fired, who is going to take care of them and all the sick, when there aren’t enough workers now.  The effects of the policies and mandates are still affecting us today, with the lack of healthcare workers.